WSU CEO Maksym Petruk for Business Insider: how to run business amid the Russian invasion

Satellite phones, a safe house in the mountains, and cash reserves: How one Ukrainian tech company’s extensive war prep plan enabled it to grow amid the Russian invasion and even aid the fight 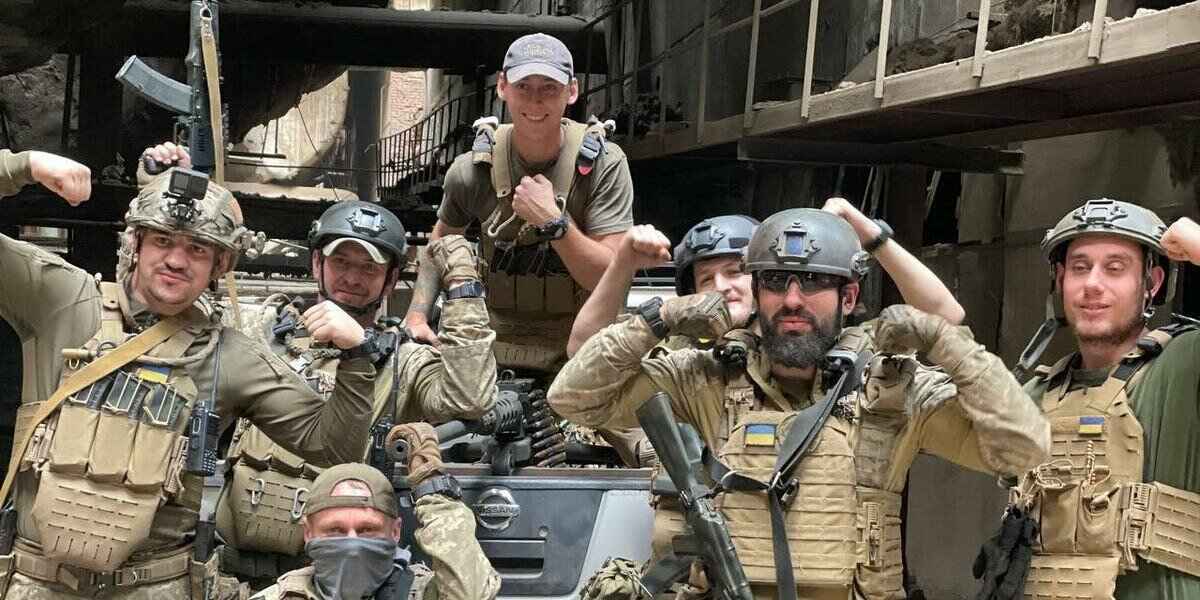 When the Russian military invaded Ukraine on February 24, Maksym Petruk was on a client call. But Petruk, the Ukrainian founder and CEO of WeSoftYou, a Kyiv-based tech company that works on full-cycle software projects for early-stage startups, was as prepared as anyone could be.

Anticipating the invasion, Petruk had spent several months stocking resources and readying backup communication systems for his team. He set up Starlink internet service and satellite phones, prepared instructions for employees on what to do in the event of an invasion, and advised workers on how to pack emergency bags. He also recommended employees start working from the western part of Ukraine, where the company stocked food and reserved cash. Petruk even prepared a big house in the mountains, as well as several apartments, a hostel for 30 people, and eight cars, in case employees and their families would need to evacuate. His team then started sharing their locations on Google Maps to account for everyone’s safety.

“We realized as a company, we cannot save all the country. But we can definitely focus on our people of our company and their relatives to help them somehow,” Petruk told Insider.

All of this preparation wasn’t cheap. Petruk said his finance team wasn’t happy about the spending and was pressuring him to “stop burning money.” But he said he’s glad he didn’t listen. Not only did the preparation help the company weather the invasion, it turned out to be an investment, as prices in the mountains skyrocketed. More important, it was key in enabling WeSoftYou to continue growing amid the war and even retain enough resources to aid the resistance effort.

“We were pretty lucky to have that plan. It helped us to get back to 90% operations in two business days,” Petruk said.

Not all of the company’s 80 employees went to the safe house. Some were already outside of Ukraine, as the company is global and has been remote-first since the pandemic, even with its 21st-floor office in Kyiv. But it was a North Star, providing a sense of safety, since everyone knew that if something happened, they could go there. 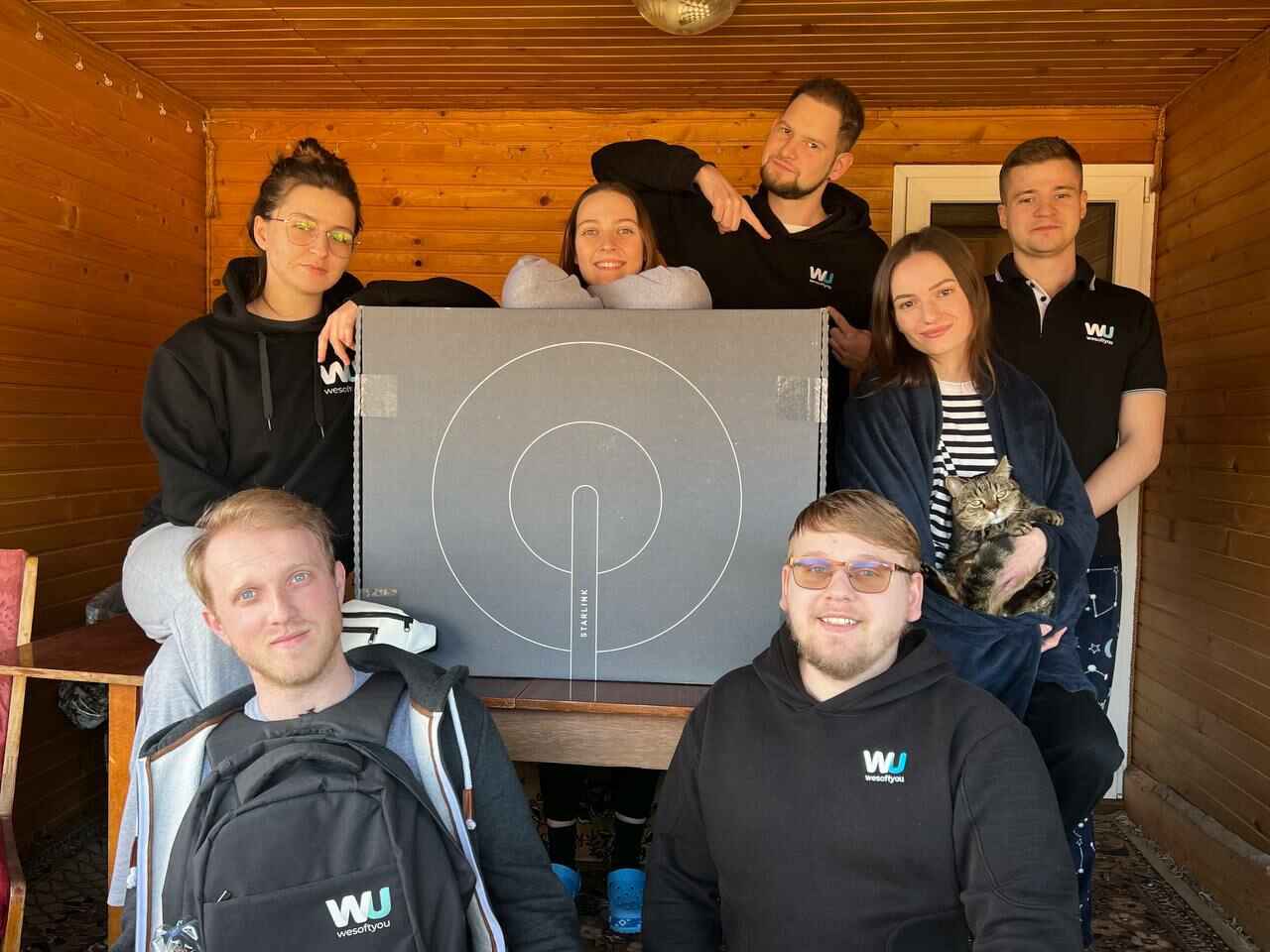 Some members of the WeSoftYou team pose with their new Starlink internet-service equipment. WeSoftYou

WeSoftYou got involved in the war efforts on day one

Like many Ukrainians and tech workers in the country, the WeSoftYou team immediately joined the resistance after the invasion and looked for ways to use their skills to help. WeSoftYou got involved in the war efforts on day one

Like many Ukrainians and tech workers in the country, the WeSoftYou team immediately joined the resistance after the invasion and looked for ways to use their skills to help.

Many employees joined the country’s “cyber army,” for example, and the company has since been developing software for the Ukrainian military. WeSoftYou has also been making direct donations to the Ukrainian troops, including purchasing equipment like bulletproof vests and night-vision devices.

The company’s global connections also helped it bring other firms into the resistance.

The company penned a letter urging the contract-work giant Upwork to ban operations in Russia to “protect peace around the world.” Petruk said they pursued Upwork because of WeSoftYou’s prior work with the firm and because it’s a large, global company. The effort culminated in the company suspending operations in both Russian and Belarus a few days later. 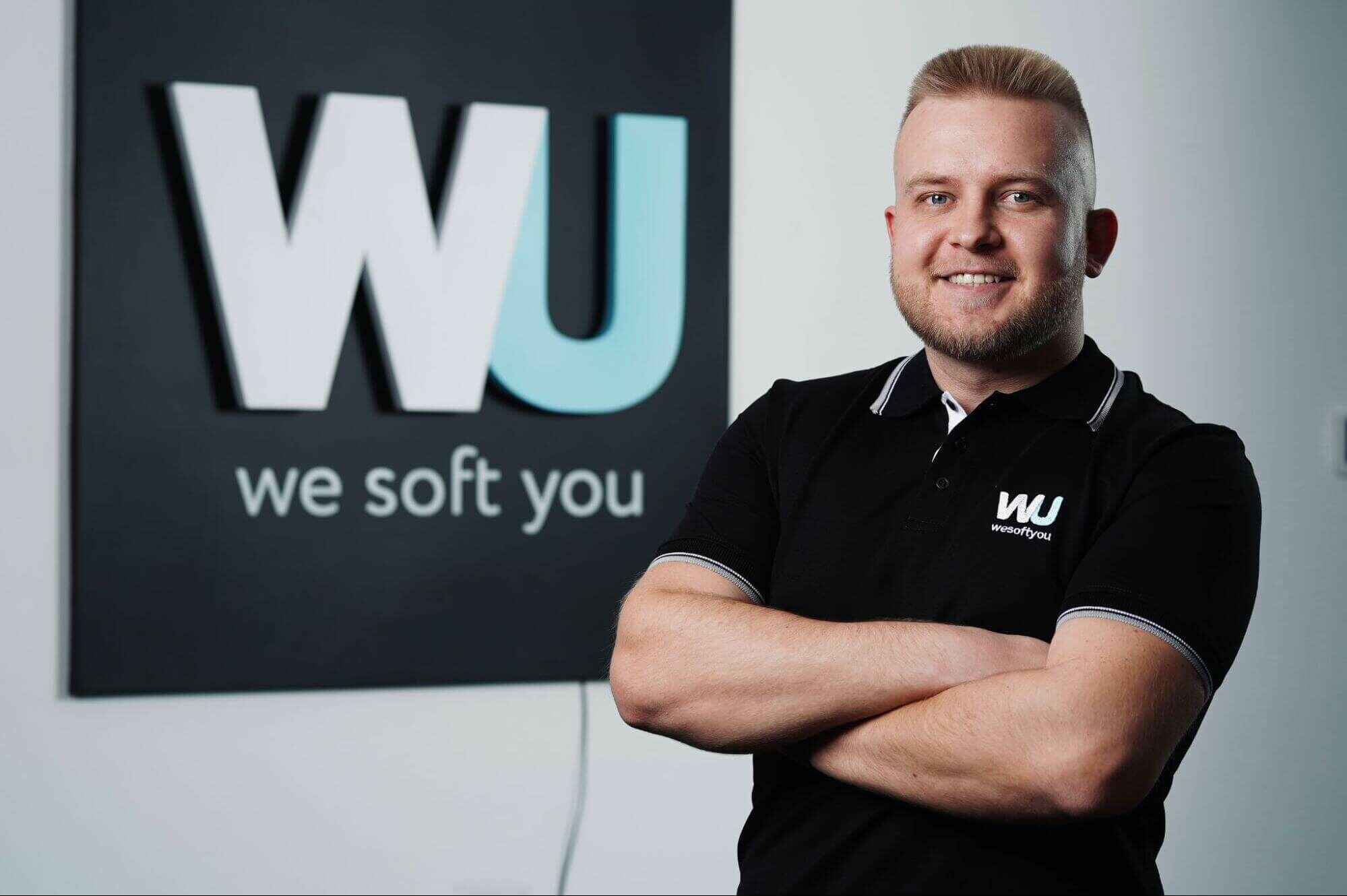 WeSoftYou’s latest initiative aims to take advantage of the excitement around Web3. The company is preparing to launch a collection of NFTs called CryptoCossacks Club, which will consist of various collectable avatars à la Bored Ape Yacht Club.

The NFTS will soon be available to purchase, but the company plans to gift 50 of them to politicians and influencers who are visibly supporting Ukraine, including President Volodymyr Zelenskyy, musician Jerry Heil, Elon Musk, and officials from Ukraine’s Ministry of Digital Transformation.

“Projects like Cossacks – they help people to see Ukraine not just like war and victims you need to help, but also as people who are building things,” Petruk said. 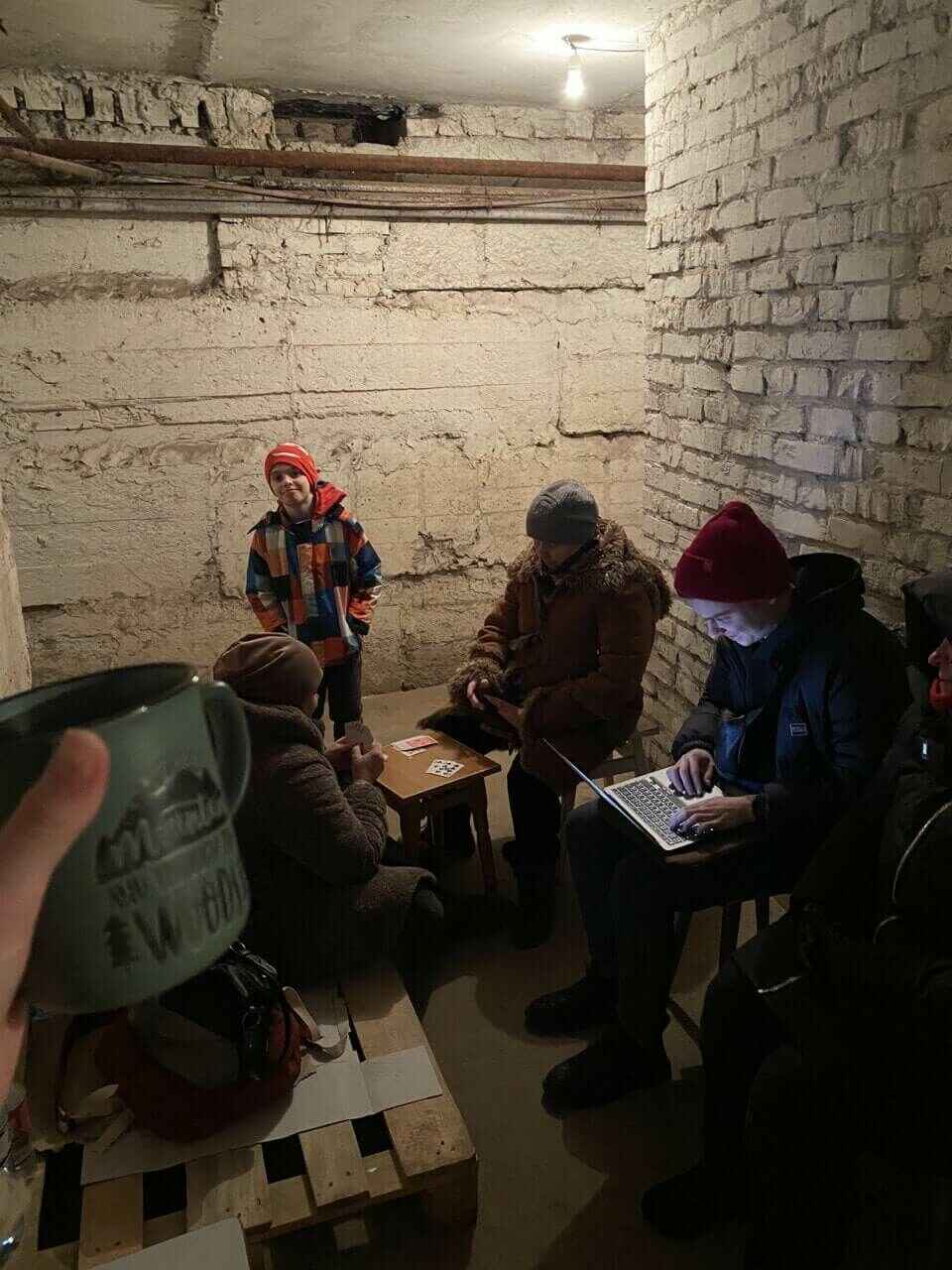 WeSoftYou employees work from inside a bomb shelter in Ukraine. WeSoftyou

Overall, Petruk believes the company is actually becoming stronger amid the war because difficult times can reveal where a company’s weak spots are. Some Ukrainian companies lost all their clients upon the invasion, Petruk said. And while WeSoftYou lost a few customers and opportunities it had before the war, it’s currently onboarding new customers and continuing to hire in Ukraine, with 10 open positions.

Petruk also wants to debunk the misconception that it’s a bad idea to work with Ukrainian companies right now. He wants the world to know that the country is full of people like him who are not fighting on the ground, but are “still building the country and working on the future.”

“The better we do our job, the more our people can donate and we can donate,” he said. “We can work all together on the country, economy, victory, and get the whole world involved in this fight.”

The text of the original publication https://www.businessinsider.com/ukraine-tech-software-wesoftyou-supports-employees-amid-russia-war-2022-8