You are here:
Web3 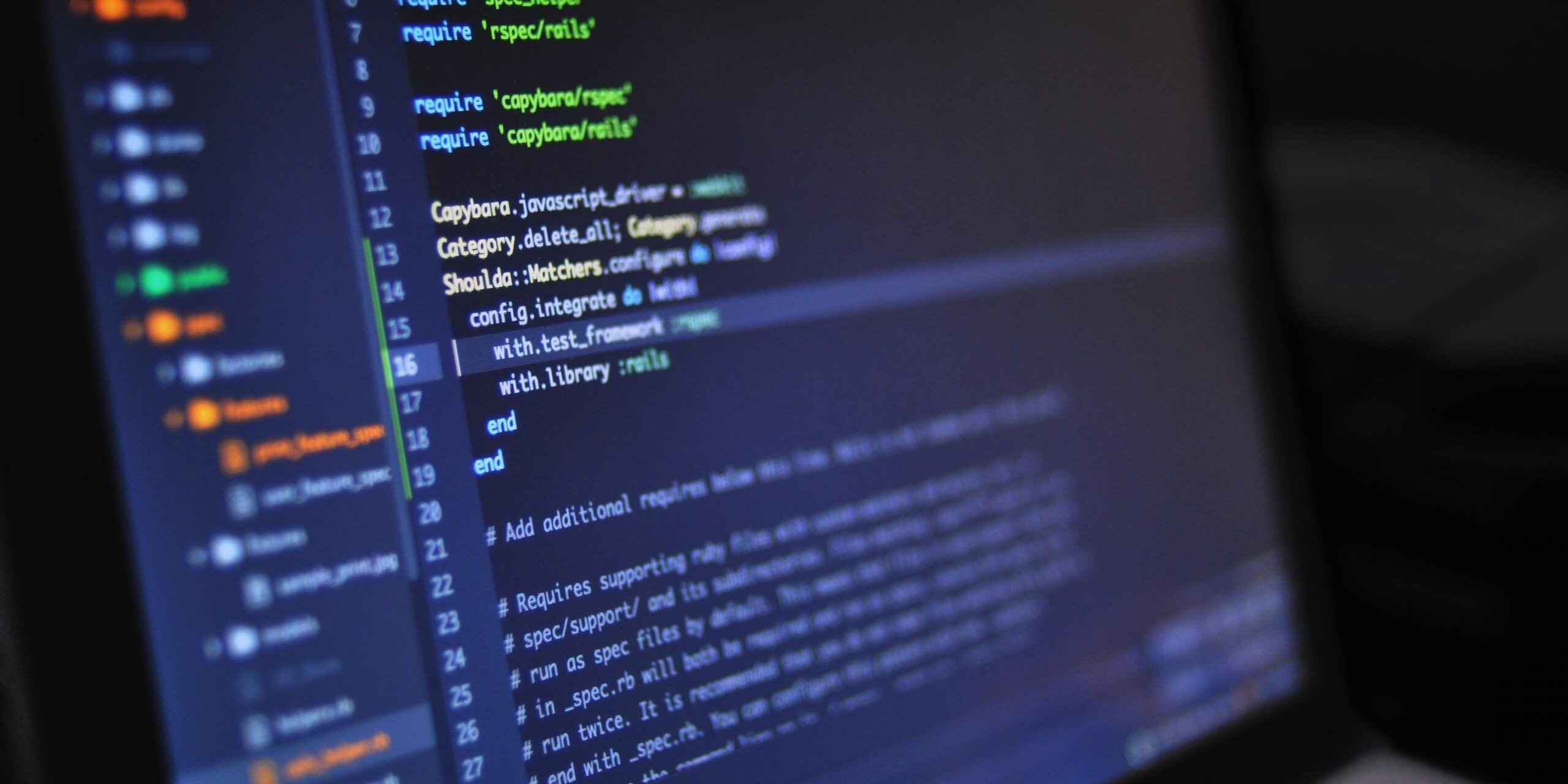 Throughout the years, blockchain has proved to be a truly disruptive solution that brings efficiency, speed, and simplicity to industries’ work and daily operations. While its applications and workflow are clear in finance, IT, and banking, blockchain technology has long passed these borders. This tech has found numerous use cases in agriculture, fine art, real estate, and even healthcare.

For several reasons, understanding the basics of blockchain architecture is crucial for modern business owners. First of all, because global blockchain adoption is exceeding its past years’ numbers – only in manufacturing, this rate is expected to grow 73%. Following this and many other industries, blockchain-based applications are already available on the market.

There are three types of blockchain architecture: public, private, and consortium.

A public blockchain architecture employs the right protocols and works based on proof-of-work (PoW) consensus algorithms. Being open-source, a public blockchain doesn’t require any authorization, which is also why you may define new blocks using their current states. Additionally, it’s possible to download a blockchain’s source code and examine network transactions.

This way, transactions can pass through the network. An open blockchain architecture enables transactions that are transparent but pseudonymous or anonymous. Examples of public blockchains can be Bitcoin, Ethereum, and Litecoin.

The private blockchain is managed solely by members of a certain organization or people who have been invited to sign up, in contrast to the public blockchain structure. Companies create their own private blockchains in an effort to provide more services. They have more freedom over their tokenomics, which usually helps them boost their overall efficiency and benefit financially and image-wise. The members’ shared objectives, as well as the Byzantine fault tolerance (BFT) and proof of stake (PoS) consensus procedures, assure their dependability.

Why Proper Blockchain Architecture is important

A blockchain system can be more decentralized or more centralized depending on the type of blockchain structure and its particular use case. This just refers to the architecture of a blockchain and the party in charge of the ledger. A private blockchain is regarded as centralized since it is managed by a single entity with more anonymity. A public blockchain, on the other hand, is accessible and hence decentralized.

In a public blockchain, everyone can view all records and participate in the decision-making process. For this reason, its best application and primary use case lies in governmental applications: procedures like voting, registries, and regulation, as well as an upcoming concept of digital identity, will only be possible within a public blockchain framework.

At the same time, because it takes so long for each new record to be allowed into the blockchain architecture, this kind of blockchain can be less effective for commercial use cases. For example, making a niche NFT marketplace based on public blockchain will be a bad idea because of that.

Enter private blockchain. Thanks to using PoS consensus algorithms and fewer validators, it processes transactions more quickly, all thanks to using only as many resources as required. By the way, this is another reason why PoS algorithms are considered environmentally friendly.

In a nutshell, private blockchains are salvation for any non-governmental for-profit organization regardless of their industry for three reasons. Firstly, it’s about centralization, meaning that businesses’ C-level controls who can sign up. Secondly, it’s about faster work and sustainable consensus algorithms. Thirdly, architecting for blockchain that is private is a lot easier (thus faster and cheaper) from a development point of view.

To conclude, choosing a proper blockchain architecture is necessary to:

How to Architect a Blockchain Properly

Before we jump to direct recommendations for designing a blockchain architecture, let’s dive into related terminology.

Core blockchain components and how they work

Block – a container for encrypted data that includes:

Chain – an arrangement of blocks.

Transaction – A data record that is validated by blockchain users and acts as a nearly unchangeable proof of the legitimacy of a transaction or contract.

Consensus – a set of guidelines and agreements for using the blockchain. It can be PoW (Proof of Work) and PoS (Proof of Stake) algorithms.

Miners – nodes that validate blocks before including them in the blockchain structure.

Like any other traditional software product, a decentralized blockchain application is created according to the classic SDLC pattern. An architectural plan, a UI/UX design, and a functional specification are necessary for such a development. Besides, it is crucial to specify the functionality of the program, set user roles, and take the system flow and user interactions into account.

The technical stage of designing a blockchain architecture can be broken in two.

All of these stakeholders may be brought together by a blockchain solution in a peer-to-peer (P2P) network that completely removes risks and creates a transparent system. All network members will be able to follow the flow of oil from its extraction through its sale to the final customer in the form of gas since they will all have access to synchronized data from the shared, unchangeable ledger. The order of all actions, such as mining, processing, and distribution, will be recorded in the blockchain ledger.

The blockchain is typically maintained independently by each partner in the network and is synced with the smart protocols and technological layers of the blockchain network. A membership service provider (MSP) for numerous users grants access to particular network users.

The general ledger keeps track of every transaction along the process, including photographs of the diamonds, information on the mine where they were discovered, their color, and their serial numbers, as well as where they were cut, cleaned, and sold.

At this stage, the businesses decide which transactions will take place within the blockchain architecture. Usually, these decisions are spelled out in legal agreements, and the latter are encoded in the blockchain as smart contracts.

A smart contract is an electronic program designed to automatically carry out, manage, or record events and activities following a contract’s or other agreement’s conditions. It includes parties, assets, and transactions just like a conventional contract does. The legal agreements and paperwork are automated and executed momentarily thanks to them.

Skills necessary to architect the blockchain

It takes advanced technological expertise to construct a blockchain. If you want to work with blockchain architecture, you should have a solid background in computer science or engineering. Consensus methods, data structures, decentralized ledgers, cryptography, and cryptocurrencies, as well as data security, are all highly sought-after skills.

There are several programming languages a developer needs to be educated in to build a blockchain solution. C++, Python, C, Java, and Ruby are just a few programming languages that may be used to construct a unique blockchain design. Furthermore, familiarity with HTML, CSS, and Node.js, as well as other web development techniques, will certainly come in handy.

Ethereum, a pioneer L-1 blockchain, and other blockchain tools have made the building of blockchains easier in recent years. As Ether is normally used to build dApps thanks to its scalability, doing so requires knowing Solidity.

Designing a blockchain architecture can be your first step towards leveraging the enormous potential of Web3. Let the WeSoftYou team help you pick the right blockchain framework, assemble a team, and take you through the entire process of SDLC, delivering a top-notch turn-key product your customers will enjoy.

By utilizing improved operational performance, real-time user assistance, and improved buyer experiences on online and mobile platforms, WeSoftYou offers custom fintech software development services that companies can take advantage of to achieve their business goals. This is exactly what we did while designing NDAX – a Canadian cryptocurrency exchange platform for secure trading.

The National Digital Asset Exchange (NDAX) is a digital asset exchange with a Canadian base that works with both individuals and institutions. WeSoftYou’s task was to integrate the exchange’s interface seamlessly with the banking system, providing cryptocurrency trading that is completely compliant and regulated.

We also developed the NDAX app following simple UX principles to ensure beginners will navigate through it quickly and painlessly. At the same time, sophisticated features and trading tools are available to experienced and professional traders.

Bringing artists and collectors together

WeSoftYou’s another blockchain-based product is CreatoRanch, the first and only platform to bringing the NFT marketplace and a social network together. To embody the concept, we developed a universal mobile app built specifically for creators, curators, and collectors.

At the development stage, we set a goal to create an easy-to-use app so that anyone familiar with social media quickly understands how to navigate, post, create lists, and transact with a simple entry point. As a result, we deployed an NFT marketplace/social media hybrid with an entirely user-centric approach.

Trust WeSoftYou as Your Next Blockchain Architect

Regardless of your business’s sphere, blockchain can revolutionize it and bring internal and external operations to the next level. To benefit from Web3 products at the possible maximum, it’s crucial to pick a right architecture of a blockchain. Each blockchain design will work best for different businesses, which is why you should only entrust your custom blockchain development to proven professionals.

Consider WeSoftYou to be your next blockchain architect. By utilizing improved operational performance, real-time user assistance, and improved buyer experiences on online and mobile platforms, WeSoftYou offers custom blockchain development services that assist firms in meeting their financial demands. Feel free to contact us and discuss your next big idea.

What is blockchain and why is it better than other solutions?

Blockchain is a series of authentic and secure blocks containing a specified set of data, creating a distributed ledger (hence the term – DLT technologies). Several databases make up this network (peer-to-peer). Instead of a single server, blockchain is a network of interconnected computers, making the entire system decentralized.

How long does it take to architect a blockchain?

On average, architecting a blockchain takes from 2 to 7 or 8 months. The exact time depends on many factors: an L1 or L2 blockchain, a chosen approach, smart contract development, on-chain, and off-chain oracles, user-facing application, and other related nuances.

What type of blockchain architecture to choose?

The choice of the right blockchain architecture depends on its planned business application and what function will it be delivering. For example, private and consortium blockchains are a great solution for tokenized businesses or those whose services are centered around Web3. On the contrary, public blockchain will be the right choice for legal operations (digital identity, registries, regulations), healthcare, administration, and voting.

Is there a difference which blockchain to architect?

Choosing a particular blockchain design (public, private or consortium) matters in the business development stage, as a particular type of blockchain suits mostly different businesses’ needs. However, from a developer’s perspective, public and private blockchain development differ, and the development process will differ depending on a blockchain type, consensus algorithm (PoW or PoC), and chosen framework.

What are Blockchain architecture’s fundamental elements?

A node is a person or machine that has a full copy of the blockchain ledger. A block is a data structure used to store a series of transactions. A transaction is the smallest unit of a blockchain system, make up the blockchain architecture (records, information, etc.). A chain is created by placing each block in a precise sequence, with miners assisting in the verification of each block. A consensus protocol is used to organize the internal system process.

What Blockchain to Choose for Your Product Development?
12 January 2023